This is a list of all recent BBCCom Music releases. All releases can be downloaded as FLAC files from the new “BBCom Music Download Portal”! And yes, all downloads are free, but if you want to support Blinky, you can send some money through paypal.me. Follow the link for all information! 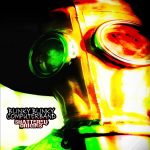 BBCom Music CD Fifteen / CD & Digital / 2022
Blinky Blinky Computerband – Geistmaschine
“Geistmaschine” is not an ebm or synthpop album, but also not an experimetal one. It is something between all! It is something like an electronic soundtrack to an unfilmed movie! It is also an instrumental, but with some sampled voices.

BBCom Music CD Fourteen / CD & Digital / 2022
Blinky Blinky Computerband – Ten Years 2012-2022
“Ten Years 2012-2022” is a “best of” collection with 17 previously released tracks and also two brand new tracks, which will be released later in 2022 on “Geistmaschine” (Ghost In The machine) and “Shattered Origins” (I See You). Some of the tracks are reworked for “Edit Versions”.

BBCom Music CD Seven / CD & Digital / 2021 / 2017
Blinky Blinky Computerband – Collide
“Collide” is a compilation with previously released tracks. Some of the tracks were released on singles, as compilation contributions or on the first three album releases, but were not included in the “Strange Electro Pop” album. The included tracks were produced between 2012 and 2016.

BBCom Music CD Four / CD & Digital / 2019
Blinky Blinky Computerband – Inner Conflict
“Inner Conflict” is the follower to “For a better World”. It is still a “Strange Electro Pop” album,but goes more into the EBM genre. All tracks were written and produced between 2016 and 2018. This was sometimes a not so good time for Olaf, which makes this album “very personal” in some ways. The album is also a step backwards, because it is more an EBM album, like my old releases as Inside Agitator. For me, this was a healthy way for creating a homogenous and varied album. There are two guests on “Inner Conflict”. The lyrics & vocals on “Was Is(s)t Europe?” are from Van Bauseneick and the “Space-Bass” on “Dive” was played by Schepper, a friend and bass player from Braunschweig.

BBCom Music CD Three / CD & Digital / 2016
Blinky Blinky Computerband – For A better World
“For a better World” was nearly finished in 2015, but with the introduction of Michael “Arni” Arnold as guitarist, some of the album tracks were rearranged. Eight of the fifteen tracks contain these real guitar parts, which gives this album, beside of ebm and synthpop, an industrial music touch. There are also two tracks with guest lyrics and vocals by Van Bauseneick and Henning Reuter on this album. The album release was supported by the release of three singles with remixes and a video clip for each of the three songs.

BBCom Music CD One / 2-CD & Digital / 2015
Blinky Blinky Computerband – Strange Electro Pop
“Strange Electro Pop” is a 35-track compilation which features tracks from the previously released albums and singles, which were released between 2012 – 2015. On the album are only the “original” versions of the tracks. The remixes are available on other compilations, like “What’s your Frequency”.