Blinky Blinky Computerband is a one-men-project by Olaf Krautwurst, but sometimes  other people are involved in the process of making music for the project. Here you can get to know Olaf and the people he actually works with. 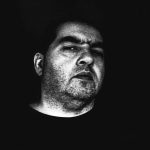 Olaf Krautwurst
Olaf is the mastermind behind Blinky Blinky Computerband. He writes the music and the lyrics and he is responsible for the vocals. He is also doing all studio works, like recording, mixing and mastering and he also does the design for the digital and CD releases, flyers and more.  Live: vocals 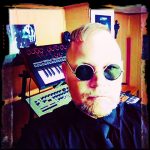 Torsten Jung
Torsten joins Blinky Blinky Computerband in December 2018 as live keyboarder for the future shows. Torsten has his own electronic music project called Crash Dump File which releases a compilation called “The Crash Dump Files 2006 – 2017” as a digital release in 2017. Live: keys 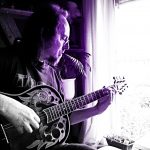 Michael “Arni” Arnold
Arni played the guitar on “Love & Hate” and on nearly half of the tracks on the “For a better World” album. He also played the guitar at the live performance at the “SEPF”. Since 2022, he joined Blinky again as live musician. 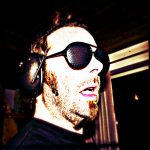 Matthias Bosenick
Matthias aka Van Bauseneick is a longtime friend and he was a guest on “Blinky” releases from time to time. He was writing lyrics and doing the vocals on tracks like “Meine Freizeit” und “Ich will nicht tanzen”. He is also a live member of Blinky Blinky Computerband.  Live: keys, backing vocals