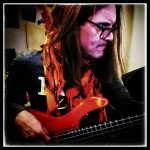 Michael “Schepper” Schäfer
Michael is a “Electric Solo Bass” player from Braunschweig. He recorded his CD “Bass Trip” at the BBCom Music Studio. He also played the “Spacebass” on the Blinky track “Dive”. 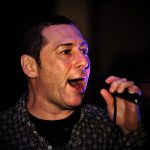 Darrin Campbell Huss
Darrin is part of the cult ebm and synthpop band Psyche. He also releases music under his own name. We wrote the lyrics and do the vocals for the Blinky Blinky Computerband song “Up Close”. 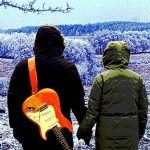 Perma F
Perma F are Birgitta and Leif Ekman from Sweden. Perma F is featured on the track “Love & Hate” for which they contributed the lyrics and the vocals. Leif also remixed some tracks for Blinky Blinky Computerband. 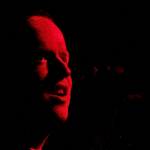 Henning Reuter
Henning contributed the lyrics and vocals for the tracks “Berlin” and “Strange Life” He also played the keys at the “Strange Electro Pop Festival”.